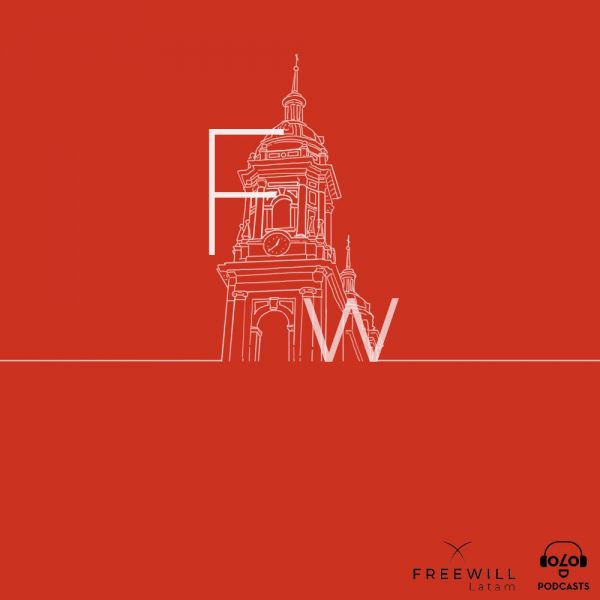 Professor of Philosophy at the University of California, San Diego, and an Affiliate Professor at the University of San Diego School of Law. Her areas of research include moral psychology, ethics, bioethics, and philosophy of law. Dana is the author of Making Sense of Freedom and Responsibility (OUP) and her work has been published in Noûs, Ethics, The Philosophical Review, and The Journal of Philosophy among others.
Read transcription
(0:05) You make that sound like it's an easy question, like this is a starter question. But it’s actually very hard.
So that's a good question, I think free will is...
Free will is…
Free will, I think is…
What free will is actually a pretty complicated question.
So, what is free will?
(0:31) Santiago Amaya:
Hello, this is Free Will Matters. My name is Santiago Amaya and I'm an associate professor in Philosophy at Universidad de los Andes in Bogotá. I am very happy to host this podcast. The problem of free will has been at the center of many discussions in Western Philosophy for the last 20 centuries. But in recent years the problem has reappeared in a fresh form. There are new and exciting developments in the field that make this a fascinating topic of conversation. For this podcast we have invited various philosophers who work in free will.
Philosophy might be a daunting thing, but with their help we will get to know better the what, the how, and the why of free will. Welcome.
It is my absolute pleasure to have Dana Nelkin as today's guest. Dana is professor of Philosophy at the University of California in San Diego and also an affiliate professor at the Law School of the University of San Diego. She is the author of many papers on moral psychology, ethics and the philosophy of Law. Dana is also the author of Making sense of freedom and responsibility.
Hello Dana, let me start with a general question. You defend a compatibilist view of free will. Can you tell us, in general, what is compatibilism and what is the strongest argument in its favor?
(1:53) Dana Nelkin:
So, compatibilism is the view that we can act freely even if determinism is true. That is, even if all events, including human actions, are determined by the past and the laws of nature. So, the strongest arguments—maybe this is cheating—I think it has multiple parts. It starts by narrowing the options. It's not clear that adding indeterminism to the world really helps us have more control or more freedom. So that narrows down our options. We can be compatibilists and think, “oh, we can have free will, even in a world that's determined,” or we could be skeptics and doubt that we have free will or that free will is possible. And I think skepticism should be the backup choice, the backup option, if we just can't offer a plausible and coherent compatibilist account of agency. Partly because it does seem that our commitment to our freedom does seem to be built into our rational agency.
Though I don't think that proves that we are free, it provides some initial support, anyway, to the idea that we are. So then, that’s my, that my project or that's part of my project, an account of freedom that's compatibilist that could explain how we could act freely even in a deterministic world.
(3:15) Santiago:
Okay, so let's talk about your project. Dana according to your view, having free will is mostly a matter of being rational. Can you explain to us why you say this and why you think this is the case?
(3:28) Dana:
On the view I favor, acting with free agency is acting with the opportunity to adopt and act on good reasons in the situation that one’s in. So it is possible to act irrationally as long as one had the opportunity to act for good reasons. And I think the account provides several things that we want from a good theory of free agency. So this is why I like this approach.